“THE LONGER THE SHELF LIFE; THE SHORTER THE HUMAN LIFE” 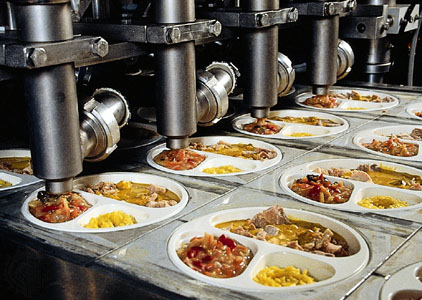 WHAT ARE PROCESSED FOODS?

Processed foods have been altered from their natural state, either for safety reasons or for convenience. The methods used for processing foods include canning, freezing, refrigeration, dehydration and aseptic processing.

There are a lot of processed foods being sold that aren’t good for you. Many of the bad processed foods are made with trans-fats, saturated fats, and large amounts of sodium and sugar. These types of foods should be avoided, or at least eaten sparingly. A common piece of advice is that if you can’t pronounce any of the ingredients you may want to avoid the product.

and some processed foods that are.. (ONLY by technicality)..

But I hope you understand what I mean. For the most part, if it’s in a bag, box or package you probably shouldn’t be eating it.. or better yet, if it lasts for more then 2 weeks you shouldn’t be consuming it lol.

Still don’t care? Here are some fun facts that might make you care…

2: Many foods get their red coloring–“carmine”–from ground-up insect shells that can cause severe allergic reactions in some people.

3: The greater the number of cheap cuts of meat ground into a single patty, the greater the risk of contamination with E. coli. A standard fast-food burger contains the trimmings of dozens of cows raised around the globe.

4: According to research from UCLA, it takes only two months to lower levels of brain chemicals responsible for learning and memory (like BDNF) on a steady diet of processed foods.

5: Processed food is only as good as its packaging: In the summer of last year, Kellogg’s recalled 28 million boxes of cereal because a compound in the box lining (the company wouldn’t say what) was giving off a foul smell and tainting the taste of the boxed food.

6: The same company that makes metal detectors for airports also sells them to food manufacturers, who use the devices to test processed meats for stray wires, metal shards, and hypodermic needles.

8: Animal feed given to factory-farmed cows contains rendered roadkill and euthanized cats and dogs, as well as plastic pellets as a cheap form of “roughage.”

9: There are more than 80 ingredients in one Oscar Mayer Lunchables Breaded Chicken and Mozzarella sandwich.

10: The FDA allows 19 maggots and 74 mites in a three-and-a-half-ounce can of mushrooms.

Processed foods that are bad for your diet:

When you go grocery shopping, stick with NATURAL FRESH WHOLE FOODS. Fruits, veggies, poultry ext. STAY AWAY FROM THE INSIDE OF YOUR LOCAL GROCERY STORE!!!! 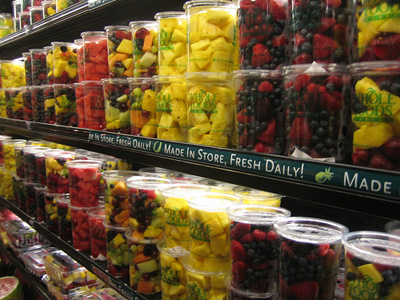 This wont be easy but this is a lifestyle, and a healthy one at that. This is serious. No one understands or believes that what you put in your body is a HUGE deal. Maybe you have to experience a heart attack to accept the idea and to change your lifestyle. I’m here to help. It’s going to go suck at times and hurt at times but you can do this. MIND OVER MATTER. Find your control, because right now you have none.

Suck it up and one day you won't suck in

If you love food more then you love your health, don’t bothering following me.